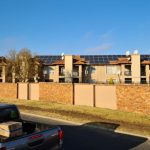 This is a guest post by Adriaan Erasmus, CEO of Residential Solar Solutions, Cenfura’s key partner in South Africa.

Being a specialist in the renewable energy field I am often approached by individuals asking for advice on how best to reduce their carbon footprint, before I am even able to get a word in they would starting detailing their unique idiosyncrasy. Having listened to umpteen of these accounts over the years and have given people my input I thought it would be helpful for me to clarify common misconceptions and bring often overlooked points to people’s attention. For the purpose of this post, I will limit the scope of these points to only household savings.

While some people have been successful in reducing their carbon footprint the majority of people have had varying degrees of success. The single point that often sticks out most to me is people’s tenacity and their drive to always try and improve their savings, with some individual’s willingness to endure a dimly lit home, lukewarm showers/baths, self-imposed restriction on opening the fridge and changing meals to require less cooking.
While I commend these personal sacrifices made and I admire these individuals’ dedication to achieving a greener lifestyle I often wonder if adopting newer technology would not achieve the same outcome with minimal impact if any to their lifestyle. A point I often make is asking residents how efficient their appliances are, any appliances that generate heat such as a TV decoder, power adaptors, or lights should be looked at.

When I bring this to people’s attention, they question the cost and the CO2 emitted while manufacturing new appliances. These are valid concerns but when modern appliance’s efficiencies are taken into consideration it becomes apparent just how far the recent efficiency drive from manufacturers has gotten us.

An obvious example would be a modern downlight, they are LED and cost roughly $3 each while requiring 5w of power to emit the same illumination at a 50w incandescent light from 15 years ago. In terms of cost savings, these LEDs would pay themselves off in less than 3 months of use. While offering a 90% reduction in energy requirements to light the same space, the inefficiencies here can easily be seen in how hot the incandescent lights would get.

Less obvious examples would be replacing a cheap or old fridge with a new mid to upper range fridge, while this may seem less obvious it’s only due to the fact that individuals are unaware of how often their fridge has to run to maintain its temperature. As older fridges come from an error when internal volume was more important than energy efficiency they often had thin or inadequate insulation to offer more internal volume. A cheap fridge would incorporate inferior insulation and the cheapest possible cooling system which results in poor energy efficiency, with a new A++ rated fridge using 40% less power than a new A-rated fridge, the savings become more apparent.

Other appliances like TVs are things people would seemly never think to replace for energy efficiency reasons but rather to get the latest in the resolution of streaming service compatibility. An LCD TV from 10 years ago would use roughly 250w while a modern LED TV could use as little as 85w, with these proportionally much smaller savings it would take longer to break even. However, something to consider on this upgrade is that it could save $40 a year if the TV is used on average 4 hours a day.

Finally, the biggest energy hog in any home the hot water heater or geyser as it is referred to in South Africa – this single appliance often uses as much as 60% of a household’s total electrical usage. This explains all the focus around this appliance with energy savings modification available including heat pumps, solar geysers, geyser blankets, etc. All of which aid in either the efficiency or reduced electrical demand of this appliance. The one factor most overlooked however is the cost and CO2 savings of these modifications with a modern solar geyser or heat pump being unable to cover their cost before needing to be replaced or requiring significant maintenance. When these upgrades costing roughly $1500 while saving the user only about $150 a year the payback time becomes a problem. Better alternatives include solar voltaic geyser heating, which is cheaper and has no moving parts, alternatively replacing an old geyser while a modern geyser improves thermal losses from roughly 200watts/hour to as little as 40watts/hour. This equates to a payback period of only 2 years by only replacing the water tank with a more efficient unit.

So while I am sure the debate will rage on well into the future about how best to reduce your home’s CO2 emissions. If individuals take a more measured approach I believe they would be able to achieve better results with very little if any impact on their lifestyle, while continuing to enjoy a well-lit home, modern comforts, and a perfectly warm shower or bath.
When questioned about the CO2 savings that would be expected from the adoption of the managed microgrid system residents are astonished to learn that we can reduce their CO2 emissions by as much as 70% as we can meet 70% of their energy consumption needs through the implementation of this technology.

This is a guest post by Adriaan Erasmus, CEO of Residential Solar Solutions, Cenfura’s key partner in South Africa.

PrevNext
We are using cookies to give you the best experience. You can find out more about which cookies we are using or switch them off in privacy settings.
AcceptPrivacy Settings