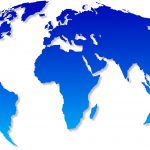 This Article first appeared on LinkedIn, and has been reproduced here with the authors permission

Do Asia’s clean energy growth prospects look gloomier as of April 2020 compared to, say, four months ago? Maybe, but only in the very short term and the industry is about the long term. The rapid energy mix mutation away from polluting fossil fuels may take a temporary breather but will not stop.

The Industry is About the Long Term

The energy industry is about the long term. The bulk of capital expenditure for energy projects is upfront. The investment returns time-frame is at least 15 to 20 years. The expected economic slowdown in the region may reduce the absolute amount of clean energy additions in the coming years. But this new capacity will be delayed, not cut.

Let’s take South Korea as an example. Planners aimed to raise power capacity 40% through 2030, as of 2019. About 8.8 gigawatts in thermal coal, oil and nuclear generation were to be retired while 43.3 gigawatts in renewable energy were to be added. A sharply slower economy may delay the additional gigawatts by several years. Still, the additions are likely to come through because the country’s long-term energy usage projections show it’s needed.

Shocks from Oil, COVID-19 and the economy will negatively affect clean energy’s growth. That’s undeniable. But the impact will not be a long term one.

Oil prices have fallen out of bed. They dragged down the spot price of liquefied natural gas as well as that of thermal coal in the region. The price falls will lower the average cost of fossil-fuel based power generation, narrowing the difference with clean power. However, the average cost of clean energy, such as solar and wind, has sharply fallen in recent years. The downward trend should continue in the coming years whereas fossil fuel prices will remain highly volatile.

A side effect of the COVID-19 pandemic is a sharp cut in energy consumption, especially from commercial and industrial users. The length of the effect Asia-wide is difficult to currently gauge but it will be relatively short lived.

We can use China as an example, given it’s the first-in-first-out country in terms of COVID-19. China’s electric power usage declined 6.5% to 1,570 terawatt-hours in the first three months of the year based on data from China’s NDRC. It was driven by falls of 8.8% from industrial users and 8.3% from commercial consumers. However, as China went back to work, consumption growth resumed. Demand was up 1.2% in the first half of April, according to the NDRC.

The expectation is for the economic growth slowdown in the region in 2020 and perhaps part of 2021 to be temporary. The extent of the likely slowdown or even recession is uncertain for now. GDP growth for the region is likely to be zero percent in 2020, the IMF published on 15 April 2020. However, a rebound as early as in 2021 is likely. The IMF stated that “prospects for 2021, while highly uncertain, are for strong growth”. Given Asia’s past track record in the late 1990s and late 2020s, a recovery is likely.

The Asia Pacific region has been witnessing a major shift in its energy mix away from fossil fuels in favour of zero carbon energy. Especially, solar and wind power.

The political leaderships of some of the Asian economies made high-profile commitments towards clean and sustainable energy. South Korea, which was mentioned above, is joined by others including China, Singapore, Sri Lanka, Taiwan and Vietnam. Some other governments have committed to continue to support, clean generation projects, albeit they shied away from setting hard targets. These include mature economies such as Australia and Japan. In fact, very few have been inactive when it comes to sustainable energy targets. One of these is the Hong Kong S.A.R. which has shown a lack of political will.

Direct and indirect business and investment opportunities abound. Most forecasters believe that there will be a massive growth expected in clean energy globally in general and in the Asia region particularly. The ADB estimates that by 2030, electricity consumption in Asia will almost double and clean energy will lead new capacity. Just like it has done in China in the past few years. Many other institutions concur will this outlook, including the IEA, IRENA and the U.S. EIA.

About the Author: Joseph Jacobelli is responsible for the Asia Pacific region for Cenfura Ltd. He has been active in the region’s capital markets since 1990, through investment research and as a senior executive, focusing on energy industry analysis and finance.

PrevNext
We are using cookies to give you the best experience. You can find out more about which cookies we are using or switch them off in privacy settings.
AcceptPrivacy Settings